Cell Phone Disco had its premiere at the Lamball Bakra exhibition which opened last Friday at the Showroom MAMA in Rotterdam.

Cell Phone Disco is an experimental and playful installation made out of sensor equipped LEDs. Multiplication of a mobile phone gadget, only slightly altered consumer product, creates a space to experience the invisible body of our mobile phone.

The installation has two parts:

Mobile aura: Electromagnetic radiation of active mobile phone sets off the LEDs in relative proximity. Light shadow follows the conversation through the space.

Mobile drawing: Cells with a lower sensitivity become a canvas for an inkless marker.
Moving the phone close to the cells leaves a trace of light, an electromagnetic drawing.

Lamball Bakra
The exhibition Lamball Bakra is all about plans never carried out, sketches, practices, pacts and pipe dreaming: works and ideas that somehow have never left the lab. And are therefore purer and more honest than the works you do get to see. Unpolished, no compromises, just the original idea and the fun in it. Lamball Bakra is the once in a lifetime opportunity to see what the world’s been missing.

The title Lamball Bakra refers to the idea that unfinished plans are a matter of laziness. Wrong! Lack of time or money and perfectionism are at least as important thresholds. 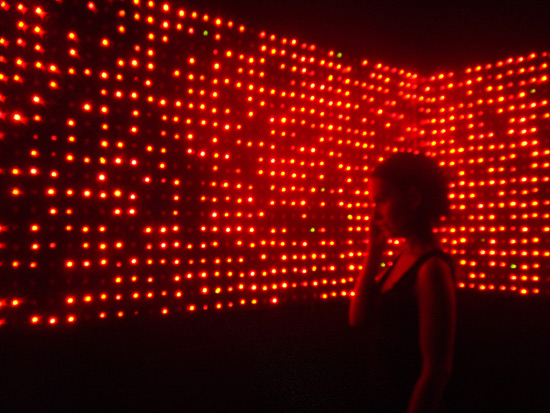 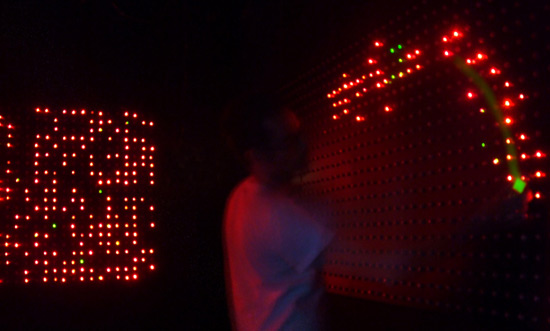